So much I can't say but will soon enough 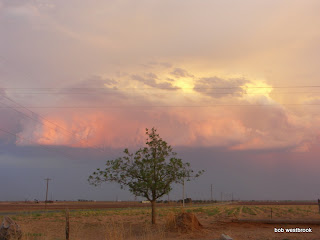 5/12/13 Sunday
We are getting ready for church this morning. A man I had been ministering to in the local jail was released and called me Thursday of Friday. I am always grateful when this happens and it happens all too seldom. Many of those I give my number to promise to call when they get out of jail but few actually do. This one did and asked if I could find work for him. I was hoping to get him work at the job I can’t talk about but that is not available at this time. I asked if he had a church to go to but he didn’t so invited him to go with us to the church we attend in Midland. He agreed and his ex-wife/girlfriend wants to go as well. This is great news. Unfortunately he called this morning and the only clothes he has to wear at the moment are some gym shorts because all his other clothes are somewhere else. He asked if we could come over and do some kind of in home service. That I am glad to do so after church and after visting the widow we care for Cherie and I will head over there.

The widow, by the way, is not doing well. Her health is failing and the pain and swelling in her legs is increasing. When I called her yesterday you could sense it in her voice along with a great tiredness. So pray for her if you can.

The old store we hope to buy is still in legal limbo land as they work to clear up the title. Unfortunately the man who was handling this at the title company either quit or was fired. They did not volunteer why he was gone, just that he was “no longer with us”. So we were assigned a new agent who must reacquaint herself with the whole deal. Frustrating but all this is in God’s hands. One of the investors no longer has the funds so we must pray and seek a replacement for that. This whole affair has been going on since January. We hope and pray constantly. The job I can’t talk about is getting interesting to say the least. I so look forward to the day I can tell you all about this adventure. Meantime I had to refuse any regular pay and become an independent contractor to maintain my presence at this job. So I am basically working fifty or so hours a week for free but the end result will be good. This is where God put me and I am there to help an elderly couple who are being victimized. I have sacrificed the farm for this and don’t have the time to even plant the melons we had so looked forward to. But that is ok, because God has a plan.

We had a Kairos event at the Lynaugh prison last week, starting May 2 and ending Sunday the fifth. Kairos is always a wonder to me as I watch God work on men’s hearts and see how He can use imperfect people like us to accomplish His will. There were many lives changed and even a prison guard who was assigned to watch over the affair gave her life to the Lord.

The rest of what happened I’ll put on my private journal, which will be posted when it is safe to do so. Called my mom a moment ago. She was surprised to hear from me. We don’t correspond much so this is the first contact in a while. It’s a shame that I don’t hear from family often but they don’t hear from me much either. When I get the book published that will be more understandable for you. My cell phone is dying so we will have to get another one soon. Just another expense we don’t need.


After church we called the widow we help out. She wasn’t feeling good. I think she may have been hospitalized but we aren’t sure. Her daughter and daughters husband were over cooking food. The daughter has stolen most of the silverware and replaced it with cheap junk she brought from her home. We so want to get involved but it’s hard without clear approval and permission. There are so many seniors we learn of who are being taken advantage of.

This afternoon we visited a couple and had church at their home. They were going to ride with us to church this morning but he didn’t have anything but gym shorts to wear because all his clothes were at his sisters. I had met him in the Stanton jail and been ministering to him for a couple or three months. His girlfriend is also his ex-wife. She too has been to prison and lived a life that was unhealthy. They are a sweet couple and determined to live a life that God approves of, tired and understanding well the consequences of a life without God. She shared with us the difficulties she has faced in local churches, where her past is never forgotten and judgment reigns despite the friendly mask church people present. The longer we visited the clearer it became that God would like me to start a fellowship that focuses on accepting and loving all whom are rejected by the “religious” ones, who apparently think they are better than others.