Saw a link on Facebook to a Metallica song. It had been a long time since I heard it so I clicked on the link. It opened a door. A door to memories long hidden and put away, memories of a life long gone, a life left behind, a life I have no interest in living again, but I am living it in the memories. The sound of the bike, the feel of the wind, bars, fights, guns, knives, blood, drinking till I could not stand, trying to find a vein with a needle but they are all used up, fear, anger, hate, what I thought was love, prisons, so many prisons. How grateful I am to be alive. How grateful I am for God’s mercies. How grateful I am to be free. How grateful I am to be reborn, to leave the past behind but have it as a tool to help others find freedom, to be able to relate, to understand. Not much I haven’t seen or done but who I was is not who I am and I am grateful for that. Forgetting what lies behind I press on for the goal ahead, to the life God has in store, the eternal future. Thank you Lord.

It’s amazing what a song can do. There is great power in music. As I worked to recover after the coma, as I wandered lost with amnesia trying to remember who I was the occasional song I heard on TV, in a bar, or wherever I was, would sometimes flood my mind with memories. This is a valuable tool for those with Alzheimer’s to help them find themselves for a few moments. Just thought I’d post these ramblings as I prepare to write in the book that is long overdue, the book that will never reveal all of who I was but will give some tantalizing glimpses. The song Brothers in Arms by Dire Straits just came on my headphones. Memories of wars, of those who had your back in the midst of death, of a trust deeper than family. Gotta go.

I pray for God to use me, to use my life, my experience to bring life to others. 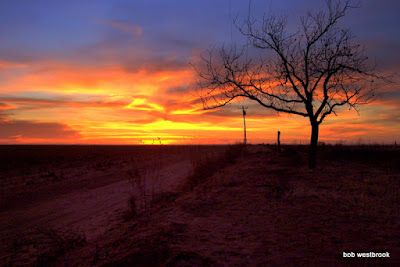 Why did Jesus die? 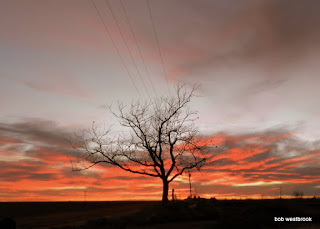 Good morning friends. I am blessed to have 2 days off and nothing scheduled for Saturday. Lord help me get things done and help me understand what is important for you and what is not, to prioritize my days. There is always so much that needs doing. One of the problems I struggle with from the brain injury is the ability to prioritize and keep on task. A moment’s distraction and all plans are forgotten as I focus on whatever distracted me. I hope to visit Geneva and help her exercise and learn to walk. I hope and need to visit the jail. Haven’t been there in a week. There may be new people to tell of God’s love and some of those I’ve been ministering and teaching may now be gone, but if not they have been hungry to learn more of God. I give all these men my phone number but it is rare when any call me.

One of the things God has laid on my heart is to write down how I have learned to explain God’s plan of salvation and share it with you. I didn’t grow up in church, in fact God wasn’t mentioned at home. I was sent to a camp thing and on Sunday they asked “Are you protestant or Catholic?”. I didn’t have a clue what those words meant, it was like a foreign language to me. They sent me I think with the catholic group and I watched totally confused all kinds of rituals that didn’t make sense. When I was sent to prison in 1975, a 19 year old kid who had been ushered out of the military after Vietnam, I watched as others, who were also arriving in prison for the first time, ran to church in fear. I wondered about this God stuff. What if there was a God? Well, if there is a God it would be wise to find out so after a year in prison I decided to see what this was about.

Much of the Christian faith didn’t make any sense to me. Why would God send His Son to die a horrible death? Why would God have a Son? Why is there a hell? What kind of God puts people in hell? I had people try to explain it and do the whole Romans road thing but it didn’t click until it was said in a way I could comprehend.

Imagine a clean white sheet, perfect, pure, not a spot or even a wrinkle on it. This is a picture of who God is. In the garden of Eden God would come down and walk and talk with Adam and Eve every day. It was like “Hey guys! What’s up? You want to name some more animals today?” During this time of creation God said “You can do anything you want, anything except one thing. The only rule is you cannot eat of that tree I put in the middle of the garden. If you do that then you will die”. Now I’m in prison. I understand well that if you break the law there is a penalty. So far this is making sense but why death for eating fruit? Isn’t that a little harsh?

The guy reminded me of the clean white sheet that symbolized God. He said “You can’t take mud and throw it on the sheet. The second you do it is no longer pure.” I understood that I was far from being clean, it was clear to me that I was in no way pure. When Adam and Eve purposely chose to do what they knew was wrong they became tainted. Death is the separation from Life. God is Life and the source of all life. With their sin (there is that word people don’t like) they had to be removed from the garden of Eden and the presence of God. But even then God provided for them. They didn’t drop dead but they no longer enjoyed that personal face to face relationship with God.

So far I am following what was being said. But what about this thing about God’s Son coming to earth to die such a horrible death? Why would Jesus leave heaven, where He was making worlds with just His words, and be born here on earth as a human baby, having to have His diapers changed, learn to talk, and walk, and grow up like the rest of us and…die?

“Imagine” the man said, “That when that judge slammed his gavel on his bench and said “I sentence you to ten years in prison” someone said “Judge, I love this man so much I would like to do his time for him, go to prison and pay the penalty for what he did”. “Wouldn’t that be great?”. That is what Jesus did for you and for the whole world. Instead of you dying He died. Because God loves you so much He gave His only son, and His son loves you so much He came down and died, so that you and I can be washed clean, made pure, and thus have that fellowship with God.

The only requirement is that we truly believe. Believe not only that Jesus died for our sins but that He is God’s son and thus God. Believe to the point we choose to bow down and make Him Lord and accept His love for us. It is a total surrender folks, a “I’m not in charge anymore but will let God be in charge” decision. You can’t keep purposely, intentionally, continually, doing what you absolutely know is wrong without even trying to stop, for to do so is to spit in the face of God and trample under your feet the blood Jesus shed. That’s not how it works.

16 For God so loved the world that He gave His only begotten Son, that whoever believes in Him should not perish but have everlasting life.
17 For God did not send His Son into the world to condemn the world, but that the world through Him might be saved.
18 He who believes in Him is not condemned; but he who does not believe is condemned already, because he has not believed in the name of the only begotten Son of God.
19 And this is the condemnation, that the light has come into the world, and men loved darkness rather than light, because their deeds were evil.
20 For everyone practicing evil hates the light and does not come to the light, lest his deeds should be exposed.
21 But he who does the truth comes to the light, that his deeds may be clearly seen, that they have been done in God."
Posted by Bob Westbrook at 8:15 AM 6 comments:

It took forever to learn how to access this blog because Google tied things up when the consolidated everything we had together. Lord willing I'll be able to renew my posting. Life has been difficult but that is nothing new. Lots of frustration. People can be a pain and I continue to not understand why they act the way they do. That is especially true for the ones who say they are Christians but don't do what Christ said to do. I have a day off mowing lawns and hope to catch up on stuff. Pray for us please. 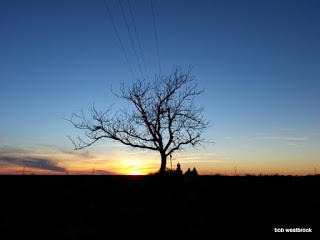 Posted by Bob Westbrook at 6:39 AM No comments: