Finally. Big changes, I am manager of A-1 furniture after putting old manager in jail 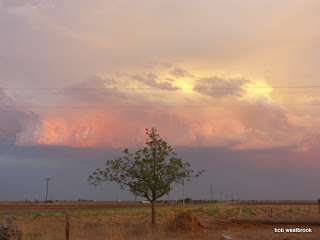 We lost our internet on the farm so the only time we can get online is when we come to work. I looked at the blog and see the last post was made on May 12. Much has happened and then there was a lot of things going on that I could not talk about. Now I can. So here’s the story. I met an old couple at a prayer group and on my way out that night overheard them talking about how they were losing everything with their business. This caught my attention so I sat down and listened. They own an office furniture store here in Midland and had purchased it just two years ago. I later on learned more details but at this time they told me that the manager was stealing from them and the business was going downhill. “Why don’t you fire him?” I asked. “You don’t understand” they replied “We will lose everything and he can hurt us”. When I pressed for more information it became clear that they feared for their physical safety. In fact the revealed that the bad guy told them he could have their heads chopped off and bodies buried where no one would ever find them again. Ok, this got my attention. I could see the fear in their eyes and hear the despair in their voices. My heart stirred in me and without hesitation I found myself offering my help.

Most of you know that I am a follower of Christ, that my life is a gift and I serve my Lord when and wherever I can. Since I was raised from the dead and woke from the coma there have been no accidents in my life. Everything happens for a reason and there is little question in our minds that God’s hand directs our path. So I understand that this wasn’t an accidental meeting and would rather refer to it as a divine appointment. For one thing I am uniquely qualified for this situation. It’s almost like I was trained for this moment. My first company was Westbrook Marketing, where I provided marketing services and as a consultant would help others solve problems in their businesses and teach principles that ranged from advertising to how their companies should be structured. While that company was thriving I opened a second one called Corporate Liquidation when banks and others approached me to sell the assets of various companies. It ended up being a business that utilized an eighty thousand square foot warehouse to house and sell all kinds of business equipment and furniture. Needing and additional outlet for the business furniture I started Absolute Office Furniture.

The unique ways I have been prepared for this task go beyond my business experience. There are the spiritual and experiential aspects of the needs to be addressed. I agreed to go to work for Harry and Lola as a salesman in order to get a better idea of what was going on. For one thing they knew they were being robbed but really had a hard time proving it. The first day of work was quite an eye opening experience. The bad guy was quite a character. This man can quote the bible like no body’s business and evidently had been a pastor, according to his words. The problem is the man is a habitual liar so I can’t trust anything that comes out of his mouth. When the subject of my pay came up on this first day I said “I’m not worried about money. I trust in the Lord and He always takes care of me”. This simple statement elicited a twenty minute tirade from Steve (the bad guy) and he ranted loudly about how all the Christians stab him in the back. That was day one.

The next two months would reveal a man incredibly angry and unstable. He would fly off in a rage at the slightest provocation, or for no reason at all. Steve could be nice, smiling, gentle, and suddenly turn into a cussing screaming maniac, then calm down and be nice again. Pretty scary stuff. It didn’t take me long to see that the bookkeeper and Steve were conspiring together and they, thinking I could be enticed to join them, both approached me and confided their plans. It was a dastardly and evil plan. They told me that they were going to take over the entire business by destroying Harry and Lola’s credit, reputation, and ability to conduct business. I witnessed great intimidation and threats on the part of both of them against Harry. Lola had left the company months before in fear and not returned so Harry was left alone to bear the brunt of this intense psychological manipulation. I watched incredulously as the white haired 80 year old female bookkeeper would hobble over to where Harry was sitting and scream at him, declaring how she despised him and berating him for whatever the latest bone of contention with Steve was.

Poor Harry would just hang his head and not say anything back. The two years of damage to his spirit were very evident at these times and I so wanted to stand up and say something but that would not work out well regarding my need to find a final solution. That came when Steve attacked Harry physically during the intimidation sessions that were a regular event here. I walked in five minutes after the first one and took Harry to the police station. Had I walked in during the attack it would be different for I would not have stood by and watched. Perhaps that saved me from going to jail. The second attack came a week later. Steve did not know we had filed charges. He found Harry digging up evidence against him and grabbed the paperwork after throwing Harry to the ground. After Steve actually bragged to the laborers that he had “Pressed” Harry, evidently proud of his actions. The word “Pressed” is prison slang that describes intimidation a weak inmate until they give the predator what they want.

Steve Ausmus was arrested May 15. You can see the video of the arrest at KMID News or on their website http://permianbasin360.com/fulltext?nxd_id=266412

I can’t go into many of the details as it is still under investigation and don’t want to jeopardize that. Now I have the task of rebuilding this company. Nothing was done right under Steve’s “leadership” so I have a building and furniture. When Steve bonded out of jail he called our customers and told them we were out to steal from them all and were a bunch of crooks in an effort to further damage our reputation and destroy the company. Him and the bookkeeper purposely neglected our bills and worked to destroy our relationship with suppliers so there is a lot of damage to repair and overcome. That’s ok, God is good and what Steve meant for bad God will turn to good. Money is real tight so we are looking for investors to back a marketing campaign and take care of basic bills. I have cut expenses to the bone for now and come to work with two sets of clothes. Nice looking manager sales outfit and work clothes for when I do deliveries or warehouse work.

The adventure of life continues. The efforts to purchase that old store on the interstate continue as the last legs of clearing the title should be completed. Then we hope to create a place of ministry there along with an RV park that will provide a place for the many coming to the area to stay. We would love to put up a man camp or build cabins with kitchens on the 75 acres I have sitting here doing nothing. Because I now put in 50 to 70 hours at A-1 there has been little time to go to the jail and minister. I hope that when things settled down this will change for I believe that changing lives is much more important than making money.

Gotta go. Preparing for a big Chamber of Commerce Grand ReOpening ribbon cutting today at 11:30. All are invited so come on out.
Posted by Bob Westbrook at 6:44 AM No comments: