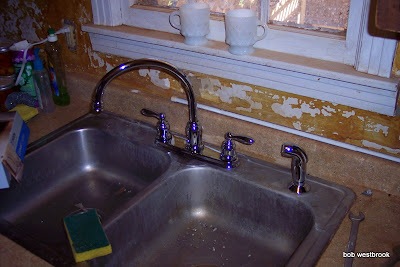 The new faucet I put in.

10/20/11 Thursday
It’s starting to warm up a little, but I like the cool weather. I’m still getting used to this new laptop but it’s a great improvement over the old one. Biggest issue I have with it is that the keyboard is not centered because this one has a number keyboard on the right side so that slides the rest of it over. The touchpad is much larger than on the Toshiba and that is causing consistent problems. I’m used to resting my palms on the base of the keyboard and with this touch pad the heel of my palm touches it quite often, with some unwanted results. So I must learn a better way of holding my hands as I type. It keeps popping up screens that I am not familiar with, such as one that says “zoom” and other modifications of the view. On occasion it makes those modifications despite me not wanting them. 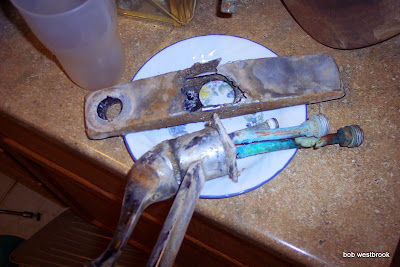 I just installed a new faucet for the kitchen. The old one had been given to us by Amy, a friend we met through the blog, along with the kitchen sink. It was great but the water out here is destructive. All faucets here develop leaks as the salt and minerals build up inside them. Salt is unfortunately one of the most corrosive natural elements out there and apparently ate through the metal of the faucet. Of course we have to wonder what else is in the water due to the extremely high level of oil field work done all around us. Fracking is a fairly new technique used these days to increase the production of oil wells but unfortunately that has often been linked with the corruption of the water supply.

We will be going to visit Cherie’s folks up in Ohio before the year ends. She is looking forward to that and it will be good for her. Out here there is no one close we can call a friend and that definitely contributes to her feelings of isolation and loneliness. We really have a hard time understanding the mentality we have run into in this area. What makes it even more sad is the “Christian” label so many wear but show no outward signs of actually practicing. Jesus died for us all, and gave only two commandments. Love God, and love your neighbor as yourself. We have found many good friends in Midland and through the Kairos prison ministry but they are miles away and visiting isn’t a practical thing. We had so looked forward to making friends and becoming a part of the community here in Stanton when we first moved here, and were baffled at the response we got. First we were rejected at the Baptist church. Gossip evidently played a big part in that. No one talked to or with us, but they had plenty to say about us when we weren’t around. Four years later we decide to attend the little church down the road called Hosanna. We attended faithfully a year and once again we experienced that cold we had found in the Baptist church. I know I talk about these things a lot, but I have good reason. We have heard and seen so many stories of those who should be showing the love of God doing quite the opposite. I can only imagine how Jesus’s heart breaks each and every time this horrible, and total, disobedience of the heart of our faith happens. How sad that the ones performing this sin so often believe they are doing the right thing. I see the same arrogance and self-righteousness that was so often displayed by the Pharisees in them. May God have mercy on them for Jesus said "And whoever receives one such child in My name receives Me; 6 but whoever causes one of these little ones who believe in Me to stumble, it would be better for him to have a heavy millstone hung around his neck, and to be drowned in the depth of the sea. I would not like to be in their shoes. 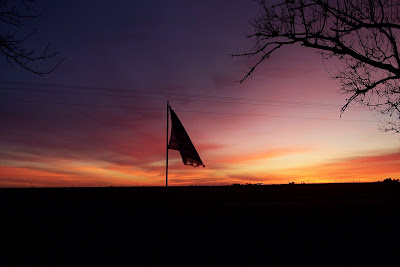 We’ve got tons of watermelons that need to find a home. With all the time I’ve spent with the prison ministries we have been unable to make any of the farmers markets. I’ve sent out emails to those we know to get the word out. If any of you readers who are near want some watermelon just let me know.

Hows that ripoff scam comin along?

It is so nice to hear from you again. I will leave this post up so others can see the spitefulness that is so obvious. We continue to pray for you, that you will know and have the Love of Christ, that sets us free from all that ugliness. It doesn't matter how many names you use, the God you don't believe in knows you. We look forward to the day you become a part of God's family.

You are so boring lately.

Thank you for the compliment. after the life i lived i strive to be boring, to be at peace with myself and God. Other people it would be nice to be at peace with but seems so many prefer strife. So I greatly appreciate your comment. We just got back from Ohio so I can write now. didn't want to announce to the world that no one was home.