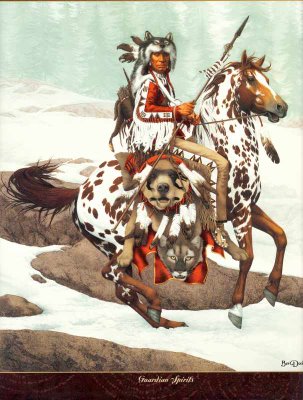 4/10/06 Monday
This is a bright morning, both outside and in my damaged brain. Works for me. Cherie asked last night if I would do some laundry. Of course I will, Duh, I have only been asking her to give me things like this to do for the three years we have been together. I don’t know if she will ever get comfortable asking me to do things. She has spent a lifetime trying to please others who would bitch at her anytime she wasn’t perfect. This type of abuse over a lifetime is like programming a computer. I won’t be able to reprogram her mental computer in days, months, or even a few years but I will always work to free her from this subservient posture. Add to this mix is how much she loves me and the problems I have from the brain damage. Some days I am not real functional though most I am.

It’s 8:00 AM now. Cherie has gone to work and seems a little better than yesterday though she is not on top of her game. Part of what is going on is her pain level from work is increasing. There are also some…pressure? uncertainty?...something going on in her department that doesn’t help. Cherie has a tendency to internally absorb the psychological atmosphere of her surroundings. Actually we all do. If everyone is feeling discombobulated it is next to impossible not to be affected. In Cherie’s case she often feels guilty and takes the blame for anything going wrong.

Time for me to get moving and do as much as I can while sharp. I am running about a seven on the Bob scale. Average. Average has got slow beat all to hell.

I took my pill, showered, shaved, fixed breakfast on our new frying pan, and was just getting ready to run downstairs with the laundry when the phone rang. “Hello” I answered and heard Fred’s voice say “What you got planned for today?”. “What would you like to do?” I asked him instead of giving him what was on my list. I already know that Fred has something he wants to do when he asks that. Fred waffled around so I told him I was going to cut Wayne’s hair and make sure he got to the VA clinic. “Well, never mind. I can do it tomorrow” he said. I asked again what he would like to do and pried out of him he wanted to go to Kroger.

That I can do, just have to juggle the schedule a little. We agreed to leave at 10:30 and I rushed to get the laundry started. Will only be able to do one load. I remembered to set the timer, otherwise I might forget I even have laundry going.

Got the laundry out of the washing machine and into the dryer. I called Wayne to make sure he is up and also to ask him to wash his hair. He asked why? so I told him that I wouldn’t cut nasty hair. Wayne called the medical cab and, sure enough, they said they couldn’t come out because he should schedule it two days ahead. That is not at all what it says in the letter he got explaining how to use the service. No surprise so I will get him to the clinic.

12:23 – Just got back with Fred. He wasn’t doing too bad all things considered. He told me he got a good nights sleep at last because they weren’t up banging all night up above him. Fred said that he saw Ahmed and Jackie come home last night. “He was holding her real tight. I think she tried to run away.” Was his comment. Who knows. Odds are she was drunk or so high she couldn’t walk. Perhaps she was being held because she had done something to upset Ahmed. He is from Lebanon and that culture tends to treat women like property. I don’t know. If she was quiet all night cause she got trashed let her get trashed every night if that gives Fred a restful nights sleep. It is sad and I hate to watch a life being destroyed but there is little I can do. I just know that I won’t hesitate to tell Ahmed he is a hypocrite and a disgrace to his god. 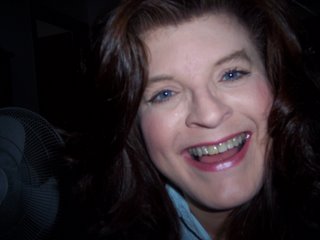 We got home just before Cherie headed back to work from her lunch. She is doing much better and as always I am struck when I see her. She is a beautiful woman and very much half of my soul. Fred had asked if we would like to go to Easter dinner with him, along with Barb. I said I would check with Cherie as I always do. Cherie said that would be fine as she had heard nothing from her family and they always wait till the last minute. Besides I doubt I am welcome over there anyway. So we will be with Fred for Easter.

I am at the VA with Wayne now. He is seeing the dietician I think, regarding his blood sugar readings for his diabetes. Here, as in many places I take Wayne and others, I see many who’s problems far exceed mine or those I help. There is a guy who just came in that seems to have uncontrollable body movements and speech. Perhaps it is an extreme example of Turrets syndrome or something. His attempts at speech are loud and kind of come out like a drum beat. Di Di Di Di Di Ah Ah Yee YYEea. All the while his arms, head and body are moving in spasms that match his speech in their timing. Like the old saying goes, “I used to complain about having no shoes until I met a man with no feet”. The guy who brought him appears to be related, perhaps his brother. It is the heart of the ones who care for those who are unable or less able to care for themselves that impresses me the most. These are the ones who choose personal sacrifice and endure great hardship to help the helpless.

I am slowing down now. I feel the kind of heat on my skin and the perspiration that signals a partial seizure. My typing speed is slowing down. Will need to be careful getting Wayne home.

It is 7:50 now. The headache moved to migraine level. I closed all the blinds in the bedroom. Went out to talk to Cherie about things but it was so bright I put my sunglasses on. Finally I asked her to come into the bedroom to talk. I am at the point where I forget what I am talking about as I talk and had to ask Cherie to help me stay on track. We talked about the farm. I told her how I would like to put a whole package together for the bank.

Part of that will involve getting congressmen and others with the state behind making this a model for energy efficiency. Right now this is a big deal with the government with Bush making speeches on solar and wind power as well as government incentives becoming available. There are even incentives for what they call water harvesting.

Cherie had expressed concern about my physical ability to do much of the work needed. I told her I honestly don’t know what I can do in that area but I do know I can learn how to do most of what needs to be done. One possibility I have considered is this. If I can make this a model of what can be done I may be able to enlist the help of the vocational education department of the high school.

I got Wayne home OK. He asked me if I was alright because I wasn’t talking much. I explained I was having a slow down. I had brought my clippers so cut his hair. I should not cut hair when I am slow. Kind of butchered the job. Nice thing about hair is it grows back. I picked up the ham and split it with Wayne. I invited him to go out for Easter dinner with us. I already cleared this with Fred telling him we would pay for it.

Fred called and asked if I could take him to the hospital for some blood tests tomorrow. Of course I can. He is always worrying about inconveniencing me when I feel he should just tell me instead of asking. After all he lets me drive his Cadillac anytime I want and let us take it to Texas. He also said that Barb had called and needed her new phone fixed so we will do that after he gets done at the hospital.

9:00 – The migraine is receding and I am clearing up. That is always a good thing. I’m going to call it a night now so I’ll see you guys tomorrow. Be good, do good, and good night.
Posted by Bob Westbrook at 7:10 AM