It's been one of those days 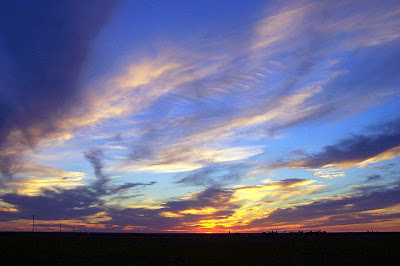 10/20/08 Monday
It’s been one of those days. I remember telling Cherie that I was a little more vacant than usual. I’ve been forgetting things a lot. We went to Lowe’s to buy a screen door and when we walked out I saw a dent above the front wheel of my truck. “Someone ran into the truck” I angrily told Cherie and went back in to see the manager to get him to review the surveillance tapes to see who did it. Their camera’s don’t cover that particular area so there was nothing to see. When Cherie and I went back out I looked more closely at the dent and saw that there was undisturbed dirt on it so it wasn’t a recent thing. That’s a problem with this memory loss, especially on the visual part of my memory, which is most affected. I can watch an entire movie and when I see it again at a later date most of it is totally new to me again. This damage on the truck could have well been on it the day I bought it over two years ago but when I walked out and saw it today it was brand new. Not every day is like this but there are times when this problem is more…evident?... active?...I don’t know, it just comes and goes like the slowdowns. It’s probably a form of slowdown. There have been times I would be driving along and suddenly not recognize anything or know where I was going. Kind of like I had been transported to another city or something. When it happens I keep driving till something becomes familiar and the knowledge of where I was going returns. This doesn’t happen much nowadays but used to be a regular event when we lived in Toledo. Back then Cherie and I would drive out of the apartment parking lot and at the corner I would have to ask Cherie where we were going and what direction I needed to turn. I’m glad that doesn’t happen much anymore. It hardly happens at all now but today was a reminder of how far I’ve come. It’s like being on drugs with out the drugs.

I worked for the old man this morning. It was about dinner time when I remarked to Cherie about how tired I was. “Gee, I’m sure tired and I don’t think I did anything all day” I said. Cherie reminded me that I had worked for him this morning and then I remembered. It’s been one of those days.

Suzie called today. For those of you who don’t know, she is my former secretary’s (the one who was killed by the heroin addict whom I flew to Toledo to bury) daughter. Things are pretty rough for them now with Toledo’s economy going down the drain. Calvin, her husband, can’t find work as the unemployment rate is something like twenty percent. Their car died so they must walk everywhere. Their three children can’t make it to school unless someone can be found to drive them. Suzie asked if we could help them buy a truck that Calvin can use to make some money scrapping metal or whatever else he can find. He can get one for $350.00. If they had asked last month we could have done it but with Cherie losing her job and my disability check probably going to get cut we can’t afford to. I told Calvin that if he could make it down here there is tons of work and he could stay with us till they got back on their feet. That’s a hard thing. They have three teenage kids, two daughters and a son, so just up and moving to Texas isn’t an easy proposition and leaving them to come here and work is just as hard. I want to fly up there and save the day but that’s not how it works is it? Calvin is a jack of trades and is able to do lots of things from carpentry to driving a truck but he doesn’t have a CDL license so can’t do that. Any ideas out there? They are family to me and I've watched the kids grow up and have been involved in their lives over the last thirteen years so have deep concern.

I’m tired so goodnight.
Posted by Bob Westbrook at 7:54 PM

I think them moving closer, if the money could be found to do so, would be a great idea. They could stay with you, and maybe put a mobile home on your property in the future.

This would give you some help around the farm, if they are so inclined to help, plus give you peace of mind knowing they are cared for..