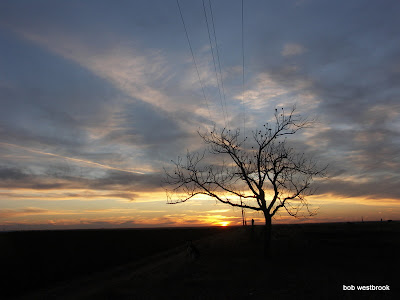 2/5/11 Saturday
Hallelujah!!! It’s warm. Amazing that we would consider 45 degrees warm but after the below zero wind chills we’ve endured for days this is wonderful. It’s forecast to reach 51 degrees today, a heat wave. I’m sure our electric bill will be high considering we’ve had every space heater in the house running along with the woodstove and fans to circulate that heat to other parts of the house. Despite all that we had a hard time getting the bedroom up to fifty degrees on the worst days.

There is always much going on. I was blessed yesterday when I made it to the weekly prayer and share meeting at the HeBrew coffee house. Almost didn’t make it as I was posting on the blog when I noticed the time. It was a quartet till twelve and the meeting starts at noon so I just said “Got to go”, posted the entry, and jumped in the truck. Getting there I was surprised to see Mark Case was a guest, along with two of our friends who travel the country ministering with their unique memorization of scriptures and reenactments of biblical characters.

It was comforting to hear Mark’s perception of the state of Christianity in the US was very similar to mine. There is so much compromise and tickling of the ear doctrine that I wonder what Jesus would think if He walked into many churches these days. Mark’s website is www.proclaimit.org and well worth a visit. He has ministered throughout the world, helping pastors in such places as Iraq immediately after the “Shock and Awe” campaign. When you deal with pastor’s who’s lives are literally on the line, and whole groups of believers who must meet in secret, you find a purified church that has little compromise in it. There is a purification coming to this country, and it won’t be nice, a fire that will burn out the dross and test the foundations many stand on.

I am convinced that many of the things we have experienced and seen involving churches and people who wear the label of “Christian” haven’t happened by accident. Since I woke up from the coma, after having been raised from the dead, there are no accidents. Lot’s of things haven’t been real fun but certainly have been very revealing. Much of this will be incorporated into the books I’m writing. We’ve seen so much blindness, blatant hypocrisy, and sin represented as good, that it boggles my mind. I was just reading psalms 36 where it says “There is no fear of God before his eyes. 2 For in his own eyes he flatters himself too much to detect or hate his sin. 3 The words of his mouth are wicked and deceitful; he has ceased to be wise and to do good”

This stuck out to me. There are people we know who seem totally unaware of themselves, of the reality of their words and actions in the light of all that God calls holy and good. Proverbs says “There is a way which seem right to a man, but the end of that way is death”. Several times we find the phrase “Everyone did what was right in their own eyes” in the bible. One time was just before the flood of Noah came and destroyed the earth. Another time refers to the last days of man before the return of our Lord, a time I fear is much nearer than most think.

Things are lining up, all this turmoil in the middle east is not an accident.

Cherie and I had communion this morning. Our church doesn’t seem to practice this very much and the one time they did have it the pastor kept saying “This is not a ritual” like an apology and…well it was awkward. So we bought some unleavened bread and grape juice and had the Lord’s supper with just the two of us. We do it because the bible says to, and we did it to remember the death and resurrection of Jesus, and the fact that His death is what brings us forgiveness of sins. Like it says, “For God so loved the world that He gave His only begotten Son, that whosoever believes on Him shall have eternal life”.
Posted by Bob Westbrook at 1:20 PM