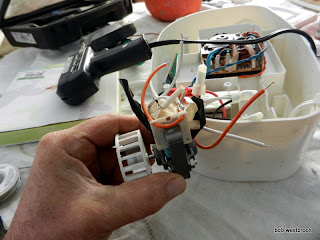 12/14/12 Friday
Been staying busy. Managed to fix the humidifier. Took it apart and nosed around trying to figure out the problem. Saw the fan wasn’t working so took it out and put the ohmmeter on it. Discovered something was blown so went to Radio Shack. Learned it was a heat fuse but they did not have one that size so went home. Decided to bypass the fuse and discovered the bearing had come out of its mount. Took that apart, bent some metal, and put it back together. We now have a humidifier that works.

Went to the appliance store that I had dropped the freezer off to find out what it would cost to get fixed. The freezer was one that was being thrown out by the jail because it no longer froze, just cooled. I figured that if it did not cost much to fix it would be a good investment and if it did cost too much I could add it to my worm growing operation. The freezer had been there two weeks and they still had not looked at it so I said “Just load it up, I’ll take it home”. The owner happened to be there and explained he had just learned the freezer was there two days ago. I had called the shop four or five times asking about it so was not impressed. He hurried to plug it in and I said “Don’t bother” so he said there was no charge. Said it needs a $50.00 computer board. Fifty bucks is a lot of money for us. 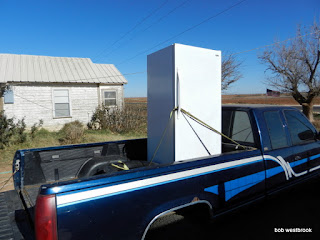 Getting this freezer off of the truck by myself was a challenge. I did it without dropping it on the dogs, who were swarming all around trying to help as they do. So I managed to avoid letting them trip me up as well. Unfortunately doing this raised the pain level up pretty high and that slowed me down. I forgot to eat all day long as well and Cherie thinks that contributed to the major slowdown I experienced later in the day. It did not last long, for which I am always grateful. For those who don’t know these slowdowns are one of the problems caused by the traumatic brain injury. They don’t happen as often as they used to and are hard to explain to those unfamiliar with TBI. Basically my brain function slows down and you can hear it in my speech as aphasia sets in. Then it goes away and I am fine. 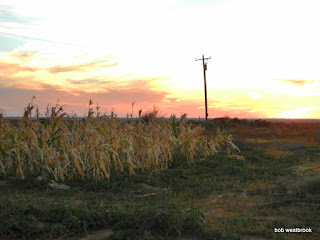 Maisey is back from her surgery. We so love our pets. Hopefully this will slow down her urges to explore and certainly it will be nice to know we don’t have to worry about her getting pregnant. We will watch her for ten or so days, when she needs to have her stitches taken out. She scared us a few times when she ran out onto the busy highway in front of the house, chasing the trucks coming out from the oil well across the street. That got her in serious trouble with me and I spanked her butt, hoping she would understand it was because of going on the road.

Things at the jail are going well. Several have made decisions to be followers of Christ. In talking with the sheriff he asked if I could provide a card or flyer that had my contact information on it because many come to him with concerns for relatives who are caught up in drugs or drinking and they are unsure how to help. Cherie created a half page flyer for me. We decided to call it “Freedom Ministries” despite the fact that there are already many organizations that use that name. We put the scripture found in John 8 on it “Whom the Son sets free shall be free indeed”. Then it says “Christ centered counseling. There are many things that bind us, But these chains can be broken. I have 35 years experience with the world of alcohol, drugs, crime, and all the problems that come with it.” Actually, if I would go back to when I first started using drugs at age 23 it would be 42 years’ experience in that world but I figured I would just go to when I first was sent to prison. That was a long time ago. Now I use all that bad to try and help others.

We are still looking at how we can make this a working farm that pays the bills. It is frustrating to see so much opportunity but be unable to grasp it. The Lord will make a way, of that I am confident. Talked to a company that makes manufactured homes and builds the “Man camps” that are used to house oil field workers this morning. He is sending information to me about that, along with contact names of some of the oil companies that would be interested.

I am not keeping up well with many things that need to be done. It always frustrates me when I fail to follow through on stuff. I forget so much and am still not good at making lists of things I should do. It’s an old problem that does not go away. I make promises to others and then it disappears. I remember them later and say “I need to do that” but in moments it vanishes again, the second something else catches my attention. I have often joked about myself, saying I am either the smartest dumb person or the dumbest smart person you will ever meet, it just depends on what moment you meet me. My tested IQ continues to go up each year I am tested to where it is now above average, but nowhere close to where it had once been. But I must be reminded like a child of what I am supposed to do and when. I am sure there are some who think I am just lazy or all talk. There is not much I can do about that. 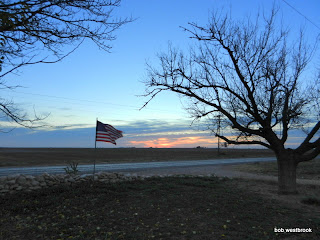 I’ll be heading to Midland this afternoon. There’s a prayer and share group that meets on Friday afternoon I like to attend. I will stop by the mechanic’s shop and see if he has even moved the truck yet, much less worked on it. He keeps dancing and making excuses but I decided not to take him to court, to practice the faith I teach so must accept whatever does or does not happen. Got to go now.
Posted by Bob Westbrook at 9:35 AM