start of another week and we got rain 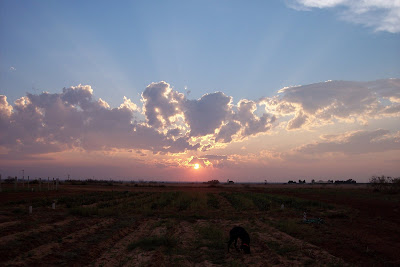 12/19/11 Monday
Ahh, the start of another week. They seem to come and go so quickly these days. I am certainly staying busy. Went to the Fort Stockton prison Friday and got home at midnight from that. Left at 7:30 Saturday morning to attend the Kairos reunion at the prison in Lamesa. While I greatly appreciate the opportunities to help others it always comes coupled with a heaviness of the heart from seeing so much darkness in some of these souls. I often sit where I detect some need, whether it’s a sense of isolation or what. In Fort Stockton I saw a man sitting at the circle of chairs alone so I sat next to him. He had attended the last Kairos, the one I had missed because we were in Ohio. We talked a bit and I shared a little of what God has done in our life when the others for that group showed up. Come to find out it was a Spanish speaking gathering where some didn’t speak any English so others interpreted. I stayed and they were gracious to make sure I understood what was said as well as to include me in the conversation. The way I figure it is the more Spanish I hear the better able I will be to learn the language.

At Lamesa the group I sat with were mostly pagans and witches, who had probably gotten involved with Kairos for the free cookies and coffee. That was fine with me. I know a few pagans and various types of witches so have probably a better than average understanding of their belief systems. There were some interesting conversations there. I doubt I made any significant changes to their beliefs but I’m just there to show them the love of God and speak the truth.

We had planned on visiting with the widow that Saturday evening but she was sick so we waited till Sunday. Sunday morning we went to First Baptist church in Midland where we got to visit with all our friends we know there. We certainly have missed them and it became quickly apparent many of them had missed us as well. It was a wonderful time of fellowship and that brought home the lack of friends we endure here in Stanton.

After that we went to lunch with Jen and Wally, who had sent us the invite to the Sunday school Christmas get together. We met at Logan’s steakhouse and enjoyed the meal along with lots of good conversation. Wally asked about the farm and plans we have. I talked about my dreams and vision for the future regarding not just the farm but what we see coming in the whole world. There are some serious hard times coming, lots of major disruptions of what we thought was secure. I explained that was why we felt such an urgency to make this farm a producing entity. When it all is said and done you can’t eat gold and eating is the most essential requirement to live, along with having water to drink. People will always need to eat so producing food is a pretty safe bet when it comes to a business.

We went to see the widow after lunch. Cherie visited with her while I mowed her lawn and cut down the tomato plants that had finally succumbed to the freezing weather. We discussed things I can do for her in the future and talked of things of God. I wore out, almost falling asleep at the table, so had to cut the evening short. Always hate to do that. 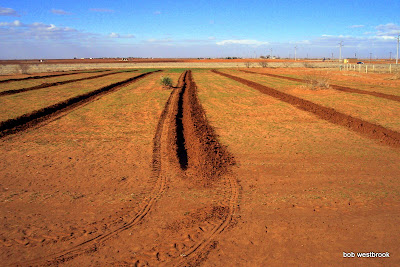 We had some rain last night. Always am grateful for rain. I was able to get the tractor running so attached the single blade plow to the back. With it I was able to make the furrows I had marked out to install the tubing for drip irrigation for the melon patches. The ground being wet helped that task greatly. Tomorrow I hope to start running the half inch tubing for that. I was talking with a friend and he said he had a “mountain” of half inch tubing that had drip emitters already installed every six feet I could have for free. I’ll need to go to Odessa to pick it up. Perhaps that can happen tomorrow.

There is lots of work to do to be ready for planting come spring. No money for seed but at least I have seed left over I got from the watermelons and cantaloupe, along with okra and some other seeds. Certainly no money for fertilizer and the people I was getting horse manure from were unfortunately the church people with that little church in Stanton, and had evidently believed some lies being told regarding things I was purported to have said, so there is no longer any horse manure available. That is sad, such evil has been done there in the name of the Lord. 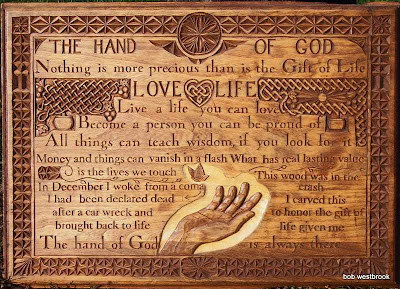 I’m tired so this is all I will write. Goodnight.
Posted by Bob Westbrook at 7:05 PM