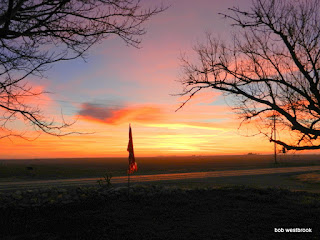 1/24/13 Thursday
Internet is coming and going this morning. Quite frustrating. Things are progressing with the corporation. The lawyer appointment was moved to Friday so there are always little delays. We met with some people from church who are interested and wanted to look into it deeper. The response was positive and that is encouraging. One of them is a successful businessman who has extensive experience and he not only was interested for himself but will contact his son, who is successful in business as well, and his daughter too. The other couple are retired and don’t have much experience in stuff like this but he asked some great questions that revealed areas I need to dig into deeper. One was “How long will it take to set up the corporation”. It’s a minor detail that is important as we have a deadline to meet in order to purchase the old store. But things look good and it will be exciting to accomplish this with the Lord’s help. When all is said and done it will be something God did. 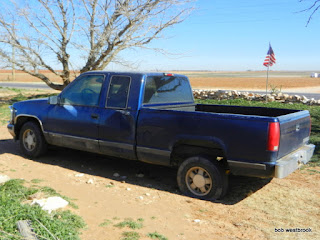 We got the pickup truck and drove it home from the mechanic’s shop. Stopped by and he wanted more time to flush the transmission out saying “I’ll have to do it the way you said”. I’m done with that. He’s been dancing around with the truck for months now. It appears that the battery I bought a year ago has been switched out as the one in it won’t hold a charge and is dated April 2009. The rear tire now goes flat in a matter of 2 hours so that has me wondering. We managed to get it home before it went flat again but it’s flat this morning. The power steering was fixed by another shop but was sure making noise on the way home so that’s another issue to deal with. The mechanic wanted more money as he whined about how much the transmission fluid cost, apparently forgetting he told me that Autozone gave him fluid for free. So I’m done.

The diesel I have to work on so it can pass inspection. Took it in and they let me know that the tail lights and dashboard lights don’t work. When I lifted the hood I found this remnant of a pecan shell on the top of the motor. It has clearly been eaten by mice, who probably carried it up there because the motor was warm during the freezes we had. Nuts. That means there is probably some wire somewhere chewed by a mouse. These rodents have caused all kinds of problems. Once they chewed the spark plug wires on Cherie’s old car. There was a dead mouse in the other truck we just brought home and all the vehicles have shown evidence of mice in them. I’d put poison out but we don’t want the dogs to get poisoned.

Today is warm. Supposed to hit 77 degrees. I need to go cut firewood as more cold is coming. Will make some calls regarding the business. It’s uncomfortable to call friends and ask if they would like to be a part of this. Just awkward for me. It’s not like I’m begging for money, for a handout, because we are highly confident this will make everyone money. But we need help, can’t do it alone. With that help we will create a company that will boast a 20 to 30 % profit margin based on what RV parks do nationwide. I think that a share of stock purchased at $100.00 would be worth double that in two years, on top of providing a yearly income based on the profits the corporation makes. The math is pretty easy on this. It will be so nice to not be poor anymore. And it will be a great public display of what can happen when Christians work together to help someone. With the business running then I can be in better shape to help others and it would provide the place I need to have bible studies and minister to all those I meet who have been not accepted by the local churches.

I meet them in the jail every week. Just met another man yesterday who is looking for a place he and his family can be comfortable in. He has tattoos all over and that probably didn’t help when it comes to people accepting them. Jesus hung out with the prostitutes, drunks, and the ones society shunned. When the religious people put Him down for it Jesus said “The people who are well don’t need a doctor. But the ones who are sick do so I go to them” (Bob paraphrase) Jesus’ harshest words were for the “religious” leaders, the ones who thought they were better than others. 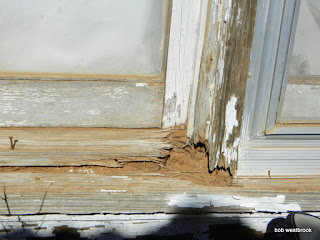 If we get the business going I will be able to work on this house and start fixing the many things we couldn’t afford to do. Things like this window. There are many parts of this old house that are rotting away. Just replacing windows will go a long way in helping us not freeze or bake, plus reduce the amount of sand that blows in. It would be nice to be able to afford to have our vehicles fixed instead of relying on the gifts of others.

Is it wrong to desire these things? Is it wrong to be tired of living this way and being embarrassed to let someone visit? Is it wrong to want to earn an honest living? Is it wrong to ask friends for help? The answer should be it is not wrong but why do I feel so uncomfortable asking those we know, who are in much better shape, for the help to be self-supporting. I guess part of that is the experiences we have had in the past with some who were judgmental. It makes it hard to risk incurring more of that from others. We love our friends and don’t want to lose them. I guess when you have had the rug pulled out from under your feet by someone who would say “We love you guys” every time we met, people we had trusted and confided in, you get a little gun shy. But I will choose to trust our friends and choose to pursue this chance we have of doing something good. The rest is up to God.