To start a church? 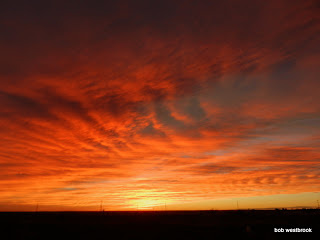 1/2/13 Wednesday
Another year begins. Just had a conversation with someone listed as a friend on facebook. Don’t know who they are or how they became a facebook friend but there are no accidents in my life. I can’t reveal all of the conversation as that would violate some privacy issues but he had a bad experience with a “church person”, who judged him harshly and did everything Jesus said not to do, only did it in the name of Jesus. This poor man has come to a place where he understands he is unclean in many ways and just wanted to go to a church to find God. Instead he tells me that everywhere he goes people judge and look down on him because of his appearance and dress.

How I wish this was an isolated story, an unusual event, but the reality is it is a common event, one that happens all over this country and the world as well. How sad it will be for so many on the final day, that day when we will all be judged. There are many who are confident they will be found acceptable but won’t be. In the parable of the wheat and tares Jesus describes this day. After telling of a man who sowed good seed He said that another came along and sowed a bunch of tares, which is a weed. Then Jesus explains what will happen on judgment day. "So just as the tares are gathered up and burned with fire, so shall it be at the end of the age. The Son of Man will send forth His angels, and they will gather out of His kingdom all stumbling blocks, and those who commit lawlessness, and will throw them into the furnace of fire ; in that place there will be weeping and gnashing of teeth. (Mathew 13)

Many times Jesus has talked about stumbling blocks. These are the ones who, through whatever action they do, cause others to stumble when it comes to their belief in Jesus, the son of God. Think about this for a bit. There will be both weeping and gnashing of teeth. To me gnashing of teeth is something you do when you are angry, real angry. It’s like gritting your teeth on steroids. There will be many who see and understand how wrong they were and will have great sadness as it suddenly becomes clear. But there will be many who will be angry with God, who will say “Lord, did we not cast out demons, heal the sick, give to the poor in your name?” but will hear “Depart from me, you workers of iniquity, I never knew you” (Mathew 7)

For so long preachers have watered down the message of Jesus, making everything easy and comfortable, but they do not understand that in doing so they have placed stumbling blocks in front of the ones they are supposed to be leading and caring for. The Bible is clear in so many places and ways that it is not the easy way that gets us to heaven, but the hard and narrow way. "Enter through the narrow gate ; for the gate is wide and the way is broad that leads to destruction, and there are many who enter through it.  "For the gate is small and the way is narrow that leads to life, and there are few who find it. (Mathew 7) A few sentences down Jesus said “Not everyone who says to Me, 'Lord, Lord,' will enter the kingdom of heaven, but he who does the will of My Father who is in heaven will enter.” 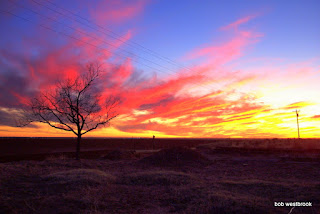 What then is the will of the Father? Primarily it is to love. Love those who hate you, love those who take advantage of you, even love those who’s lifestyle makes you very uncomfortable. You don’t have to love what they do but when you understand that they will face a judgment then you work to show them the better way. Jesus said, when he spoke through John in Revelations, that to the ones who overcome He will grant eternal life. Implied in that is that for those who choose not to overcome the sins and issues in their life, who choose to not try, is a final rejection when it comes to admission to eternal heaven.

For those in positions of spiritual leadership there is a more severe judgment, a higher standard they will be held to. The bible says “Let not many of you become teachers, knowing you face a stricter judgment”. The very fact that I dare to write about the Bible and present the things of God here, in jails, or anywhere, means more will be required of me. If others should start to look up to me as a representative of God and then I go off and get caught up in some bad thing, and that causes them to turn from Christianity in disgust, their blood is on my head. I will be held accountable.

Again, at the jail, I was asked if I would start a church. Again I saw the hunger for a place to go where they would not be judged based on their appearance or past. Again I see a great need, I see lives that need guidance and protection, I see the lost with no place to go desperately desiring acceptance and the love of Christ. I pray about this all the time. I am careful not to step out on my own for it is a dangerous thing to do. God knows already what He desires. He has had this planned out since before I was born. So not my will, but the Lords be done. If it is to be God will make the way.
Posted by Bob Westbrook at 2:40 PM

I think you should do it. Don't worry about a building, use your home :)