1/14/13 Monday
Start of another week. I used to post daily and now do good to do so weekly. So much always going on but that’s better than being bored. I won’t share everything because there are those who hate to see me succeed and work to block what they can. I guess they don’t understand that when they try to hinder me they are fighting the God whom I serve and who directs my paths. There are many who don’t understand that concept. For the ones who don’t believe in God this is no surprise for if you don’t believe there is a God then there is nothing to fear. What is sad is the many who say they believe in God but through their actions hurt and take advantage of others, who are often in the church.

They have no fear of God in their hearts, no desire to be humble before others, no awareness that they will be called into account for their actions, and no comprehension of God’s heart. But they say “I love God” and they say “I love you” even as they despise those they deem to be lower than themselves, even as they look down their nose at the ones who are not as good or as spiritual as they are. They are hypocrites to proud to recognize it in themselves. When they look into a mirror they see perfection and greatness but fail to see behind their own mask at the rottenness that resides in their hearts. Jesus described it well when he told the Pharisees that they were like whitewashed tombs, all pretty on the outside, but inside full of dead man’s bones.

What did Jesus say? Two commands, love the Lord with all your heart, mind, soul, and strength, and love your neighbor as yourself. “No greater love has a man than this, that he lay down his life for his friends” Jesus said, and then practiced when He willingly and purposely died that wicked death on a cross. For God so loved the world that He gave His only son, that whoever believes on Him would not perish, but have eternal life. Yet I watch and see so many who kill with their tongues, and stab with their mouth, bringing death when they should bring life, and doing it in the name of the Lord. It is a story I hear time and again from so many I meet, the betrayal of trust, judgment of soul, rejection and hate disguised as righteous zeal. How can this be? How is it those whom Jesus died to set free, whom God has forgiven so much, turn again to the mud and wallow in it joyfully, all the while saying “Look at me, I’m so holy”?

The prophet Ezekiel spoke what God told him to say and addressed this subject directly. You can find it in Ezekiel chapter 34. First he spoke of the shepherds, the ones tasked with caring for and leading God’s beloved flock of sheep.

“Thus says the Lord God to the shepherds: "Woe to the shepherds of Israel who feed themselves! Should not the shepherds feed the flocks? 3 You eat the fat and clothe yourselves with the wool; you slaughter the fatlings, but you do not feed the flock. 4 The weak you have not strengthened, nor have you healed those who were sick, nor bound up the broken, nor brought back what was driven away, nor sought what was lost; but with force and cruelty you have ruled them.” 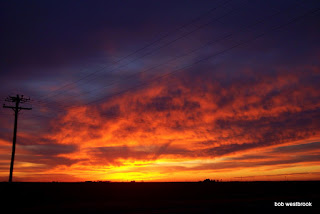 I felt great dismay and sorrow as I listened to a program on television called the Shepherds Heart and heard someone talk about how he was the pastor of his congregation, not their friend, he was there to tell them how to live and believe but not be their friend. This man knows more of the bible than I can ever dream to but I was astounded at the statement and all the agreement and support the others on the program gave to it. Jesus was clear regarding this when he said "But they do all their deeds to be noticed by men ; for they broaden their phylacteries and lengthen the tassels of their garments. They love the place of honor at banquets and the chief seats in the synagogues, and respectful greetings in the market places, and being called Rabbi by men. But do not be called Rabbi ; for One is your Teacher, and you are all brothers. Do not call anyone on earth your father ; for One is your Father, He who is in heaven. Do not be called leaders ; for One is your Leader, that is, Christ. But the greatest among you shall be your servant. Whoever exalts himself shall be humbled ; and whoever humbles himself shall be exalted”. (Mathew 23)

There is a great danger in pride. Pride is the root of all sin and all rebellion against God. Anytime we purposely choose to do what we know is wrong we are basically saying “What I want is more important than what God wants”. In first Timothy Paul gives instructions regarding those who wish to be in leadership. Recently a small part of that really stood out when I read it. It said “He must not be a recent convert, or he may become conceited and fall under the same judgment as the devil”. 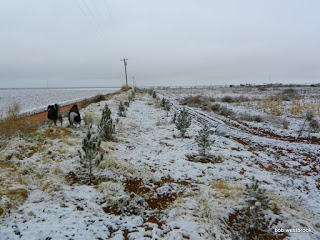 We need to understand that conceit is not something only “new” converts can have. Fact is all of us can easily become conceited and it is especially an easy thing to happen when someone is in a position of leadership, at a pulpit or head of a class where everyone looks up to them and are impressed with…whatever they are impressed with. But what struck me was the part that said “Same judgment as the devil”. Hell was made for Satan and his angels. His judgment is particular and severe. Listen closely here. When a leader, a shepherd of God’s people, allows himself to think he is better than the others, he is on the same path Satan took. In the scripture above from Mathew 23 Jesus said “do not be called Rabbi ; for One is your Teacher, and you are all brothers”. Other translations say “you are all equal”.

God had more to say through Ezekiel regarding His flock, which I think it would be safe to say “His church”. And this next part describes very well what I have seen in so many churches.

'And as for you, O My flock, thus says the Lord God: "Behold, I shall judge between sheep and sheep, between rams and goats. Is it too little for you to have eaten up the good pasture, that you must tread down with your feet the residue of your pasture--and to have drunk of the clear waters, that you must foul the residue with your feet? And as for My flock, they eat what you have trampled with your feet, and they drink what you have fouled with your feet." 'Therefore thus says the Lord God to them: "Behold, I Myself will judge between the fat and the lean sheep. Because you have pushed with side and shoulder, butted all the weak ones with your horns, and scattered them abroad, therefore I will save My flock, and they shall no longer be a prey; and I will judge between sheep and sheep. (Ezekiel 34)

Like it or not, this is the way it is. Jesus said we would always have problems, that there would be wolves in sheep’s clothing seeking to devour the sheep, along with many other warnings. There will be no perfect church until Jesus returns and brings judgment. You are responsible for you. All we must do is work on our own lives and try to be the kind of person God is pleased with. We should always work to lift up those who are down, and to help those doing wrong to see and understand that so that they can change, and thus escape judgment.

Gee, I didn’t intend to get into all that. Was just going to post about life here on the farm and look what came out. There is much going on. We are training again for another Kairos event at the Lamesa prison, with the first session this last Saturday. Cherie went with me for this one and was real grateful for the acceptance she was shown by everyone there. There have been times that acceptance was not as evident in other places and she has faced a strange kind of prejudice based on the fact that she is from up north. This is something found in many parts of the southern culture and has roots that go back to the civil war and even farther. These attitudes, and prejudices, are passed from generation to generation and are always sad to see, especially in those who call themselves followers of Christ. There’s nothing like being called a “Damn Yankee” to your face to set you back a few steps. There’s that pride again, that “I’m better” than someone else.

Before I start preaching again let’s get back to life here on the farm. The training for the other Kairos I participate in starts the second week of February. It is in prisons where all the bad I have seen and done is used for good. We live in a world of people trapped by many different things, all of them leading to destruction. The most valuable thing there is to offer is freedom and life.

I’m tired now. It’s late. Need to do a lot of research for the corporation we are creating. Already a lot of people saying they want to join with us to build something great. There will be more details later. Goodnight and remember, God loves you.
Posted by Bob Westbrook at 8:35 PM