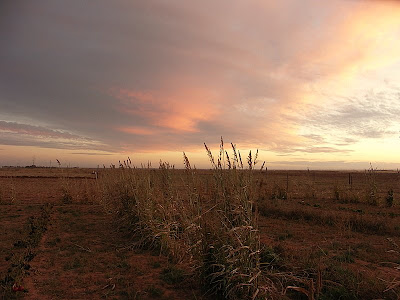 It's 3:00 and I have so much to do I shouldn't be online writing this but I feel a responsibility to the millions of you regular readers. What!!! There's not millions?? Ok, but there are a lot of you out there. One of the issues with not having my laptop is I don't have a journal started yet on Cherie's here yet. (Dummy!) I kept my laptop next to the bed and when I came in to lay down and rest I would reach over and grab it. Then I could write little segments that I uploaded as a group later. That gave me lots of time to write but now I'm typing it directly on the blog. It didn't take much research for me to figure out I shouldn't try to install the hard drive myself so we took it back to Best Buy and they are putting it in. Can't wait to get it back and start EVERYTHING over again.

There is so much I need to tell about. I've got a ton of pictures that will help me remember what's been going on. Losing everything on my laptop makes me realize a little more how important these records are for me. There was so much lost, the trip to Toledo, seeing our friends, the apple butter festival, and... When I downloaded the latest pictures I took I found lots of, Uhm...Stuff I'd forgotten I did or saw. This journal truly is my memory and the pictures a big part of that. We will be saving up our money to send the old hard drive to a lab where they hopefully can recover it all. In the meantime I need to get on the stick and write some. But there is so much to do.

Here's some pictures and commentary to give you an idea of what's happening. 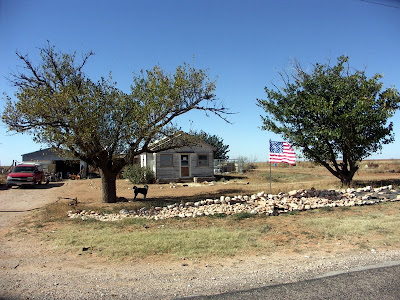 I put this flag up on Veterans day. 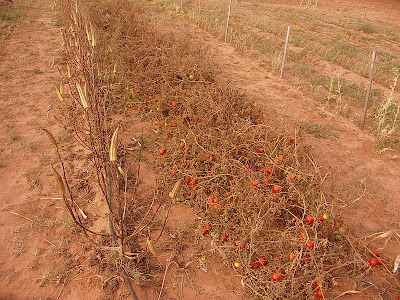 Winter is here so most of the garden is done for. This is, or was, the okra. Next to it is a row of tomatoes. These were a surprise as a freeze had taken out everything two weeks or so ago. Cherie therefore never bothered to check them. 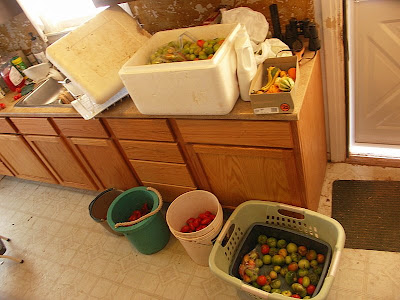 Yep, LOTS of tomatoes. This is what's left after the farmers market and church. Cherie is making sauce. I spent much of this afternoon sorting, washing, and bagging them for freezing. A friend told us about how much easier it is to skin them this way by dropping the frozen tomato in boiling water. We plan on making some of my grandmother's chow chow with the green ones as well as pickling some. 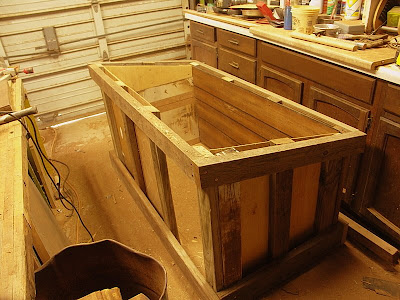 I'm building this doghouse for the outside dogs. It'll be insulated. I tried to draw a blueprint but wasn't able to think it through. I used to design and draw out lots of complex woodworking and other projects all the time but now a doghouse is a chore. I gave up and just started cutting and putting wood together. After each time I'd just sit and study to figure out what to do next. Been doing that three days now. It will be nice and I plan on putting hinges on the roof so I can get easy access to the inside.