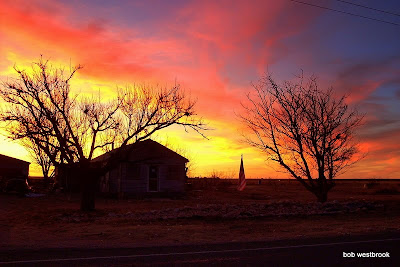 12/8/10 Wednesday
I am doing much better this morning. It’s so frustrating to have these reminders of why the government declared me disabled. Never liked that and generally deny I have a problem, but then there are times I can’t escape from it, times the results of this traumatic brain injury just slap me in the face. I am so much better than I was years ago, and for the most part can function fine without others being able to tell there is a problem. Ricardo asked “What do you do for a living” a week or so ago, and I told him I was building a farm. I always worry about how others judge me. Do they think I’m lazy living off my wife? Do they think I just look for excuses not to do anything? What do they think? I work hard every moment I’m able to, but you sure can’t tell it looking around at all the stuff that’s not done. It’s a world of unfinished projects that surrounds me. I need to finish that bible study on hell as there are several who are looking for it. Didn’t make it to the jail yesterday and I need to do that, so will go today. I must print up some new believer stuff for the guy who came to the Lord, stuff he can read and study while he waits to go to prison.

Cherie went to a friends house last night, to take a shower and clean up. It’s so awkward to ask this of others, and so hard on Cherie. She cried again last night, cried and apologized to me for not being stronger and accepting this hardship with greater grace. The people who let her use their shower told her of how they had once lived in a single room for three years as they raised their children. That just adds to Cherie’s guilt about not being stronger for we are surrounded by many who have endured greater hardships and Cherie doesn’t feel up to par on it. I don’t know what to say to help her, to encourage her that it will all work out. It does make me angry, angry at the person who started all this with a lie, telling others we didn’t have a bathroom, only a garden hose run through the window. We’ve learned this woman often doesn’t quite tell the truth a lot and have seen lots of bad in areas she touches.

As Cherie left the friends house she tripped on a step. It was dark and she is unfamiliar with the house so she didn’t see the last step that was only a couple of inches high. We don’t know if she broke a bone in her foot or what but she can barely walk. She hid the pain from the people, not wanting them to worry or be upset that their generosity caused any problem, but by the time she got home there was no hiding it. I prayed over her foot, asking God to heal it. Every time she gets up to do something I jump up to get it for her. Cherie doesn’t ask for help very well so I have to insist on doing so. I fixed dinner last night, and did as much as I could for her this morning. She can’t put on her regular shoes so had to wear tennis shoes to work. We were contemplating going to a clinic or hospital and having a doctor look at it, but without insurance, due to her just starting a new job, it’s something we want to avoid whenever possible. This morning Cherie decided to go to work and thinks it’s just a twisted or sprained foot so will work itself out. I sure hope so and am praying for that.

I will focus on that bible study, otherwise it will never get done, just like so many other things in my life. Then I’ll go online and look up new believer literature to see if there’s something I can quickly download and take to the jail. Made another pot of coffee and have put more wood on the fire. It was in the lower twenties this morning. We woke up at 4:00 this morning so I fired it up again to get the house warm, after I helped Cherie make it to the bathroom that has no walls.
Posted by Bob Westbrook at 6:51 AM

You need to drop everything else and make that bathroom your priority.

It is my priority, I just don't have a clue what to do and the plumber, who since has not shown up, told me I had all the wrong parts. He was to buy the right parts and show me how to put them in. Can't build the walls till the tub is installed, and not sure how to anchor the tub in. Plumber said I should install studs to do it with. WHere? How? I have no background or knowledge of this and depended on others, who have other things to do.