So this is Christmas 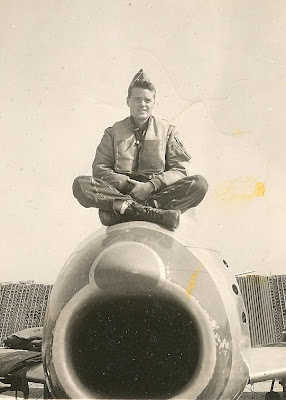 12/25/08 Thursday
Well…it’s Christmas. I called my dad. I wasn’t going to call till eleven but after worrying over it all morning I had to get it done. Would he answer the phone? Would mom? And on and on I ruminated so… Mom answered. I couldn’t tell if she was surprised or not but I have a hard time with discerning that kind of thing. After a brief “Merry Christmas” she asked if I want to talk to either Larry or dad. “It’d be nice to talk to dad” I said. Then I listened intently to the phone, to hear what was said, to get an idea of what was felt but couldn’t hear anything. I half expected to hear dad yelling in anger because I called but didn’t. It took a while so I thought my fear that he won’t talk to me was true. Then he came on.

Dad’s voice wasn’t as deep as I thought it would be. But he didn’t sound angry, so that was good. He thanked me for the gift so now I know he got it. Then he commented “I was surprised to see you wrote it yourself. Usually Cherie writes. Are you still together?” That surprised me, as you can imagine, so I was quick to assure him we were. When I told this to Cherie, she reminded me that I wrote a note in every card we sent. As I write, which is a way I think about things, I realize that dad never saw any of them, or at least didn’t open them to read my note. I figured that any mail identified as coming from us was automatically put in the trash. Cherie thinks that they recognize her handwriting as well. That’s why I didn’t put a return address on either the package or the card we mailed separately.

I can’t remember specifically what I said, something like “it’s good to talk to you” or “it’s been a long time” (years) but he said “You understand why, don’t you.” He then let me know it would be a short conversation. I told him that I understood because I screwed up big in the past but that I would like to see if we could fix things. He said he didn’t have my phone number so if I would send it he would call me if he felt like it. He also said that he would have sent me a thank you card but he didn’t have my address.

That’s about it. I’m sure I miss some of it but this is the body of our conversation. Now I wonder what my dad and my brother had to say after we talked. Was I derided? Did they laugh about it? I don’t know but tend to think the worst. We learned a lot about what Larry had to say about me in this area. It was almost like he was running a political campaign bashing an opponent. The principal statement was that I “wasn’t right in the head”. When she was alive Minnie Lee called us when we had been planning on coming from Ohio to visit here and said that Larry told her I was dangerous so she shouldn’t let us come. At the same time he was trying to convince her to leave him all the land and just leave me the house. Actually we have her saying that in the two hours of recordings we made of Minnie Lee. I need to dig that up and go through it. It’s all downloaded on Cherie’s computer. So I wonder, is my brother helping to heal my relationship with dad right now, or is he pushing it apart? It’s so hard being on the outside where you can’t communicate and at least know something.

I talked to Suzie. Calvin sold the truck so the kids could have a Christmas. That’s hard but I have to respect the guy, making that kind of sacrifice when they aren’t all his kids. But the truck was a source of income for them even though it didn’t run half the time. Life is hard in East Toledo right now.
Posted by Bob Westbrook at 7:16 PM