What am I going to do today? 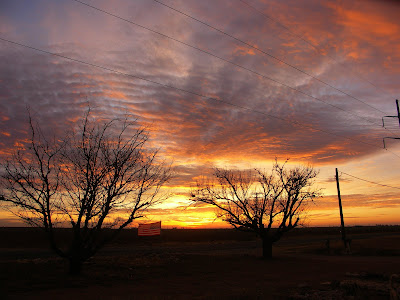 12/12/08 Friday
Yesterday was a strange day. I had presumed that because of the intense pain I’d incurred the day before I would wake up hurting but happily that wasn’t the case. In fact I felt pretty good. However the paralysis on my right side was pronounced. To see me walk one would think I was hurting bad but that wasn’t the case. You know, I get different kinds of slow downs, or “petite” seizures, that affect different areas of my brain and I think that is what was happening yesterday. My cognizance level wasn’t bad and had only dropped down to a five or six on the bob scale. My equilibrium was way off and I always kept my hand on some surface to keep from falling. It is almost like when, as a kid, we would spin and spin around to get dizzy and laugh if one of us fell over or couldn’t walk a straight line but not quite as bad. As I walked I saw my shadow and noticed how my right arm just hung there, not swinging as arms normally do when we walk. It would work fine when I concentrated on using it but if I didn’t think about using it, it just hung there. Like I said, “it was a strange day”.

But I didn’t hurt and was able to fetch another trailer of horse poop to finish up that chore. I conked out at noon or so and slept for two or three hours. When I woke up the paralysis thing had eased up, so that was good.

I don’t know what I’m fighting off but there is some kind of infection in this body. I’ve had wringing wet night sweats for two or three weeks now and yesterday, or the day before, noticed a big hard lump the size of a half dollar under my right armpit. It is a bit painful to the touch but not too bad. I’m not sure but think it might be a lymph node. When I went online to research it I found over a hundred possible causes of these symptoms so decided I’d better let a doctor figure it out. I’ve been real weak as well and get tired easier than usual. This morning the lump doesn’t seem as bad so perhaps the problem is going away. My mother had cancer of the lymph system but she smoked like a chimney and didn’t take care of herself so I’m not going to worry about it. I guess I’ll call the VA hospital and see what they have to say. If they just want to throw antibiotics at it I probably won’t take them. I believe that our bodies immune systems are powerful and the natural way of fighting off infection and that taking antibiotics can be detrimental, weakening the immune system by not making it work as hard as it should. It’s kind of like going to a gym and working out. Doing so makes your body much stronger.

So what am I going to do today? I don’t know right now but may concentrate on getting the garage cleared out and organized. Still need to finish up the work bench but haven’t figured out how to mount the miter saw and planer I want to put on hinges so I can fold them under when not in use.

It’s 8:00 so I need to get out and get moving. I feel pretty good this morning so should take advantage of that cause I never no how long it will last.
Posted by Bob Westbrook at 6:15 AM

Bob, be careful. I don't agree with taking antibiotics on a regular basis, but they do have their uses. You might try an herbal antibiotic such as an Echinacea tincture or a mixture of Echinacea and Goldenseal. You should definitely get it checked out. Now, I'll worry about you, so I am pretty certain Cherie will be. Take care of yourself please.