Mixing the holy with the profane 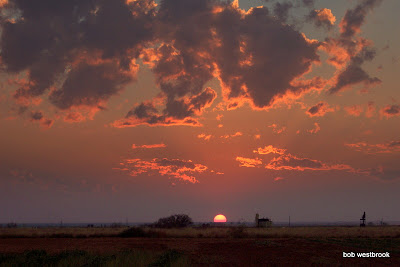 10/24/10 Sunday
Yesterday was a good day but ended kind of strangely. We had a tiredness, almost an exhaustion, that came over us strongly. We got home from visiting with the widow before 5:00. I opened the laptop to work on the writing I need to do but found myself drifting off to sleep so turned on the TV. Even then I kept falling asleep till Cherie called me for dinner. Getting up I found that walking was even difficult. Eating dinner and drinking the coffee Cherie fixed still did not revive us. We had planned on attending a get together with the Sunday school class from First Baptist of Midland but decided not to based on this exhaustion. I regret that, really wanted to honor those who love us so much there. I wonder if this was some kind of spiritual attack. It was odd, very different from what we normally experience. Last night was rough for us both, with Cherie having a hard time sleeping and me fighting off all kinds of thoughts along with a definitely strange dream. In the dream I found myself checking into a cheap old fleabag hotel. I went to my room and put my single suitcase in it and went back to the lobby. A woman sat next to me and when I looked at her she/he/it had a definite five o’clock shadow. The person struck up a conversation with me and wanted go to the hotel room with me. I evidently declined for the next scene in the dream I am trying to find the room alone, but can’t. The key had several numbers on it and it wasn’t clear which was for my room. The numbers kept changing as I looked at it and wandered the halls looking for my room. That’s it, I woke up to find it was five or so in the morning.

I lay there thinking about things. Steve and Janie are often on my mind so I prayed for them again. I pray for them several times each day, and the Holy Spirit keeps bringing them to the fore of my thoughts. Much has been revealed to me there. Then I got up, got dressed, and went outside to pray some more so as to not disturb Cherie. It was chilly for sure so I didn’t stay out there too long, but did get some praying done. I had all three dogs out there with me for company and always enjoy their presence.

This morning I watched once again a program presented by a denomination where the pastor has been teaching on that denomination’s doctrines and their biblical justifications for those beliefs. I don’t agree with all of their beliefs but watch to learn, to understand better why they do or don’t do different things. It was disturbing to see the teacher’s inflexibility and how slim his justifications were for the beliefs. Part of the problem I see has to do with how they pretty much discount the old testament and base everything on their interpretation of the new testament. This is nothing new and in fact is a problem that dates back to the earliest days of the church, when hatred of the Jews and everything Jewish was espoused by some. With that evolved what is now called “Replacement Theology” and is an error that is rampant and widely accepted in many quarters.

8:23 PM – Just got back from church about a half hour ago. We meet on Sunday evenings to pray for this country and the upcoming elections. I was asked to find some scriptures and give a short talk before we prayed. Had a bunch of stuff picked out a week or two ago but something else came to mind for today. I talked about Daniel, who was taken to Babylon along with much of the nation of Israel when they were conquered by Nebuchadnezzar. Daniel was there for seventy plus years and had outlived many kings. My reading was in Daniel chapter nine when he prayed for Israel and repented for the sins they’d committed that led to their captivity in the first place. Like Israel had this country has followed a path of corruption. Good is called bad and bad is now called good. My point was that we need to pray like Daniel and repent for all the wrong being done, even if it’s not us doing it. I read Psalm 33.10 and Isaiah 58 as well. Isaiah talks about the kind fast that is acceptable to the Lord. Isaiah 58:6 "Is not this the kind of fasting I have chosen: to loose the chains of injustice and untie the cords of the yoke, to set the oppressed free and break every yoke? 7 Is it not to share your food with the hungry and to provide the poor wanderer with shelter-- when you see the naked, to clothe him, and not to turn away from your own flesh and blood? 8 Then your light will break forth like the dawn, and your healing will quickly appear; then your righteousness will go before you, and the glory of the LORD will be your rear guard. 9 Then you will call, and the LORD will answer; you will cry for help, and he will say: Here am I. "If you do away with the yoke of oppression, with the pointing finger and malicious talk, 10 and if you spend yourselves in behalf of the hungry and satisfy the needs of the oppressed, then your light will rise in the darkness, and your night will become like the noonday. 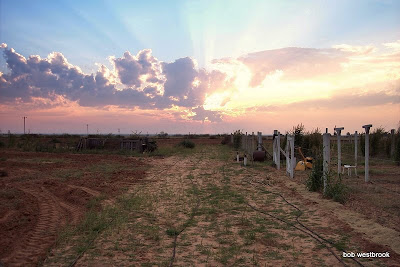 My point is that we, as Christians, need to start acting like Christians are supposed to. No more cheap talk, action. It’s a disgrace to see people talking all about God and then spending their time drinking and running to the casino’s. They are mixing the holy with the profane and do so proudly with loud justification for it. Hypocrites. Total hypocrites. So we need to start the kind of sacrifice the Lord desires, not all the bowing and praying that it talks about just before the scripture I posted here, but the sacrifice of giving when it’s not comfortable and might actually cost you something. Really helping others in need and not doing so to impress someone with how good you are. By doing this our prayers are received by God, it improves the reception so to speak.

I’ve got some stuff to work on for Kairos so that’s all for today.
Posted by Bob Westbrook at 6:44 PM