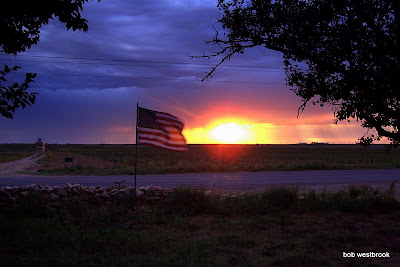 10/3/10 Sunday
My talk on “Footsteps” went well. It was just a preview to help me work out difficulties so I could do a better job when I give it at the prison. Essentially the talk was a ten minute testimony of my life and how God was always there whether I knew it or not. The focus is to let the “men in white” (our respectful way of referring to the inmates) know that no matter what they’ve done, God is there. I have to work out some of the details on it regarding interacting with the guys but other than that it went well. I stopped reading my notes shortly after starting and just talked about God and the miracle of my life.

Participating in Kairos is expensive, at least by our standards. The team fee is $125 dollars apiece so that would be $250 for both Cherie and I. Plus we need to provide fifty dozen cookies plus pay for our lodging while there for the three of four days of the event. After the VA confiscated our income tax refund and with the potential of losing our CRP payment things are tight. There is a meal served at the Kairos training that is prepared by the Stepping Stone halfway house and the “suggested donation” is ten dollars. Right now ten dollars is a lot of money so I don’t eat. When asked I just say “I’m fasting” because it’s embarrassing to admit we are too poor, at the moment, for that. Cherie is worried about how we will be able to come up with the cash for Kairos and I told her “Don’t worry about it. God will provide”. He will, He always does, despite how the devil gets in there and disrupts relationships with people God put in our life to help us.

It’s sad to watch how easily some are influenced by the evil one, especially when they talk about God a lot, but in the end God overcomes what the enemy tries to do. If some people turn their back on what they know is the right thing to do God finds someone else. Our concern is that those who harden their hearts against the truth and blind themselves to themselves are able to see and thus be restored to a right relationship with the Lord. That’s hard when pride is part of the equation. Pride is a horrible detriment to any Christian’s life and the most powerful tool the enemy has to use against us. The Pharisees and Sadducees, the religious leaders of the day, had such pride and confidence in their relationship and position with God that they couldn’t see that killing Jesus was wrong. That’s a level of blindness that boggles the mind but I’ve seen some amazing things in these days too, amazing and sad.

The widow we help called me last night, at around 7:00. She’s been sick and her toilet was stopped up. She was unable to unstop it no matter what she tried and was so sick she has been unable to take her diabetes medicine, kept throwing it up. I called Cherie, who was in Midland to get groceries and laundry, and told her about it. She headed over to Mrs. G’s house and I hopped in the truck to head out there as well. I plunged and plunged but was unable to make a big difference, though I was able to get some water to move so at least it wasn’t all the stinky stuff that had been there. Cherie visited with Mrs. G while I worked and then cleaned up the mess I’d made. In the end we prayed for her, that God would heal Mrs. G and clean out the germs that made her sick. Because she has been unable to take her medicine for two days there was a real concern. We told her to give us a call early this morning and let us know how things were. If she had been unable to take her medicine we would take her to the hospital this morning so she could get shots. She called at 6:30 and let us know that she was able to eat an egg and piece of toast so was able to take her medicine. She said she was feeling much stronger and the credit goes to God, who does answer prayers. In addition she said that at three or so in the morning she heard the toilet make a swooshing sound. Getting up to see what happened she found that it has unstopped itself and now works fine.
Posted by Bob Westbrook at 6:35 AM