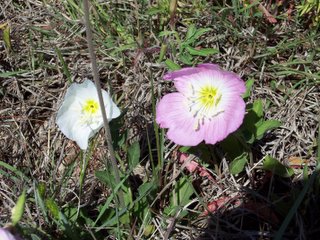 12/20/05 Tuesday
This aught to be an interesting day. I remembered that I need to work on getting documentation about my jail time to save my veterans pension. We just received a letter from them saying they just got information that I had been incarcerated since January 2003. Because it was over 61 days I will lose the pension because they don’t pay while you are in prison. They evidently think I am still in prison when I never was. I was put in the county jail for a month or so while they tried to figure out what to do with me. (Wait till you hear that story!)
This will be fun. I think I will start by calling my former probation officer, Lenice. Now that I have successfully completed my probation I need them. She will be surprised to hear from me but may not help because I am out of the system.
I got through to Lenice and she asked for a phone number to call about this. I told her “This is the Federal Government. They require documentation, I don’t think a phone call will do it”. I had to call her back because I couldn’t find it in the mess on what is supposed to be our dining table. I found it and called her. I told her it would be a push this button recorded voice hell. Then I asked her to call me afterwards and tell me how to get documentation on this.
It is 9:56 now. I have showered and started washing the dishes. I went blogging and caught two Trojans and two viruses. Now I automatically run the three anti virus and spyware programs. It is interesting to see how one finds what the other missed. Eileen suggested that I use the Norton one. That costs $40.00 or so and Cherie said we need to wait so the savings account can build up. This is important as we don’t know when we will have to go to Texas and need to be prepared.
I will wash dishes and then go to the YMCA. They have approved our request for a scholarship but we need to fill out more paperwork.

Never did the dishes but did make it to the Y. Fred asked me to pick up some milk so I went there after the YMCA. Picked up a gallon of milk and was surprised it cost $2.88. Fred had given me two dollars and I remembered getting milk for that before. When I went to the check out I saw that my credit-debit card was missing and had that dying feeling. This is one of those rude reminders I have a problem. As I tried to sort this out, where did I use it last, where have I been, I began to slow down. I called Cherie and was short with her. I called up the bank and was told to call an 800 number to cancel. I told the lady I had used it at their machine so could she check and see if it was turned in. She put me on hold and hold and hold and the phone beeped to let me know someone was calling in but I didn’t take it because I was on hold and hold. The phone beeped again and looking I could see it was Cherie calling back. I didn’t answer again and went back to holding and getting frustrated. Finally I hung up and called Cherie. She was as upset as me and said she would come home early from lunch. I called the bank again and expressed my frustration on being on hold. They had the card which is a relief so I called Cherie.
This slowed me down bad as stress always does. Now it is hard to write. Will take the migraine med and lay down.

It’s 4:00 now and I am doing a bit better. Allen had called in response to the message I had left on his machine. I had planned on going over and helping him out but he had pulled another of his all-nighter’s and didn’t get up. I wasn’t doing too well so he told me to “take a day off”. This bothers me because it sounds like he thinks I am working for him. I have corrected this attitude several times but it returns. He reminded me that the Zeph Center had never gotten a hold of him so I called down to see what was up. This got action and they called him right away. Allen called back and I coached him some more about what to say and what not to say.
Now I will start on dinner. Tonight I am making Mexican. Tacos and Guacamole with refried beans. I will go online to see what recipe’s for the Guacamole I can find instead of my basic way.
The Old El Paso white taco shells really sucked. Tough and would fall apart when you bit them. The guacamole was real good and so was the been cheese dip I made. We just filled up on the chips and stuff. I will take the rest to Allen tomorrow. Allen had called and suggested I come over tonight to get away from Cherie. He really has no clue about so many things. In most of the relationships he knows of, the guy often “needs” to escape. Actually that is true for many marriages in this country but does not apply to us at all.
Ours is a fairy tale love story and I value every moment I spend with Cherie. One of the unforeseen things that has come from the blog is that our love and devotion to each other has made others more aware of the holes in their relationships. A good friend who reads the blog daily is becoming depressed and a little disillusioned about her marriage. After the many years they have been together things have kind of settled into a routine that gives her little emotional support. She told me that she feels like her life has no meaning and she is worthless. I didn’t know what to say to her but my heart went out as I felt her pain. Just wanted to hug her and make everything ok but that’s not how it works. Out of respect I won’t use her name but send her mine and Cherie’s love.
Cherie went shopping and I am staying home. Have no desire to go over to Allen’s tonight.
It’s 9:00 now. Good night
Posted by Bob Westbrook at 6:18 PM